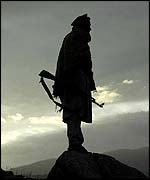 You may have seen JK Amalou’s name on the SP Screenwriters’ list – like me, he offers a script reading service for you lot out in www.land, but unlike me, he’s written, produced and directed his own films, not to mention worked in the US as a writer and consultant for all sorts of Hollywood Tinsel types, including Martin Scorsese and Richard Gladstein.

JK is a trusted reader and contact of mine and I’m pleased to say over time he’s trusted me with all his scripts too. I’ve been quite privileged to see such a body of work (oo er) from one professional writer, ‘cos it means I have a unique insight into what he believes works not only scriptwriting-wise, but industry-style too; there have been common elements that I have picked up on over the last two years or so that have shown me what it takes to be a professional writer. In short, reading JK’s scripts has taught me a helluva lot.

Choosing a title from JK’s extensive back catalogue of scripts therefore is a hard task: there are so many I’ve read and I’ve enjoyed most of them. There’s one which tells the horrendous ordeal of two young men in the wilds of Exmoor at the hands of a crazed yokel; another in which a rapist and murderer kidnaps his victim who testified against him ten years’ previously when he manages to escape from Broadmoor; another which tells the story of an ostracised man who witnesses a murder – yet ends up the main suspect himself; another where two mixed-up young kids challenge the local dealer and end up worse off than they could ever have imagined and then one of my ultimate faves recently – I affectionately call it “DIE HARD… in a fishing village in Cornwall”. (Yes, JK does flirt with the macabre, violent and likes to make comments on the state of society. Are you seeing why we get on? Lol).

However, of all the scripts of JK’s I’ve read, it’s his most recent TRAIL OF EVIL, I’ve decided to talk about on here (with his permission, of course). TRAIL OF EVIL follows the fates of LOWE, a CIA agent who returns to London after a twelve year absence in search of the infamous DUNKEL, a renegade agent and Lowe’s old partner in crime, who was last seen in Afghanistan. Lowe’s contacts insist Dunkel was killed in a car bomb over there, but Lowe knows his old friend and adversary too well to let it go – not least because Dunkel’s widow, DONNA, is Lowe’s own ex-wife and she’s been acting very suspiciously…

TRAIL OF EVIL is an affecting script with fantastically disturbing imagery and a story which leaves a sour taste in your mouth. Despite the risk of being a complete downer however, instead one is left with the feeling there just is no other way this story could turn out: there’s a certain inevitability to the plotting that somehow does not take away any nasty surprises it has in store for you. In fact, as we depart from Lowe at the very end after all that happens to him, one is left with a certain sense of optimism at the same time: a paradox of course, but somehow true -but this is the kind of thing JK does really well. He never lets go of the plot from the offset, reminding us throughout why each scene is there whether we like it or not. His structure is nearly always faultless, never straying from the beaten track for one moment.

However, because his plotting is really good, one thing that he needs to work on throughout the drafting process is character. Often his protagonists will be dead on the button, their wants and needs obvious – but then that’s because that feeds into the plotting and structure. Similarly, his antagonist will often work as the protagonist’s antihesis in a similar way, working against their motivation in the story. Instead then, I find it will be the secondary characters who will need work as JK drafts.

When I first read TRAIL OF EVIL as a treatment, Donna really bothered me. For someone caught up in such a huge, international espionage affair, she seemed kind of a sap. She was hanging on to her husband’s memory, on to Lowe’s old relationship with her; she’d become an escort and an alcoholic. In essence, she pissed me off and I told JK so. Where was the strong woman in this story? What can Donna give to or take from Lowe’s mission? Also, I was unsure of her place IN the mission – if she was going to hang about crying for her lost men, why *could* she be useful, why did Lowe even go to her in the first place?

But what’s great about JK is you can say this to him and he doesn’t say, “Ah, but if I changed Donna, it would be a different story” as SO MANY writers do. He realises that if a reader has grave concerns about a character’s motivations, *usually* it has some grounding, especially if it infringes on something as important as structure. So he absorbed my feedback, decided he agreed with it (he rang me to tell me!) and he came back with another draft – approximately 24 bloody hours later! But that’s the thing with him – he’ll work tirelessly until a situation in a script is resolved, so much so that on one occasion he sent me a draft I couldn’t read right away, so he continued working… And sent an email telling me NOT to read the previous draft since he had a new one, all in the space about 48 hours! What’s more, the difference in Donna was HUGE, it wasn’t a case of tweaking here and there. The man’s a machine. But then, that’s the difference between the professional writer and the amateur in my opinion: the professional rewrites, rewrites, REWRITES. There is no such thing as “perfect” in script terms, sure, but if it’s as perfect as you can possibly get it before you show it to your producer – THAT’S the kind of dedication you need.

And one last thing lieutenant: despite being a non-native English speaker (JK’s French – boo! Kidding, I really, really love the French – DOUBLE KIDDING! You know I love you JK, MWAH), JK actually writes better English than many of my NATIVE SPEAKERS. I’ve NEVER seen any apostrophe misuse, mixed tense or even mega spelling errors in his work – just the odd extra article here and there (as is customary with Europeans). If non-native English speakers are using better grammar in their scripts than actual English people, I’m sure you’ll agree it’s a VERY good idea to brush up on the ol’ spelling and grammar. Check out BBC Skillswise for anything you need help with. What are you waiting for!!!
—————————————————————————
TRAIL OF EVIL is a commissioned work and goes into production next year. If you want to use JK’s script reading/mentoring service, email jksc”at”msn”dot”com.