Life’s What You Make It… 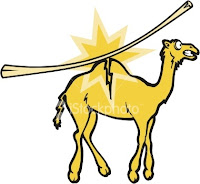 … Don’t you just love cliches? Cliches may be easily disregarded – but I’ve always been of the opinion cliches become cliches because they’re actually true. Just like your mother offers advice you inevitably scoff at, there’s a part deep inside you where it resonates… Or it is at least filed away, for future ref: something will happen and then it clicks, “So THAT’S what she meant!”

You only need half an eye on the blogs to notice that 2008 has been a difficult year for many of us, including myself. My issues have not just been career-orientated, though it’s funny how rejections, disagreements, disappointments and general hassle to do with screenwriting seems to sometimes compound other life stuff: all the bad things seem to come at once, don’t they? And it’s easy to think the world is against you and *everyone else* should die or at least get some painful disease that involves suppurating sores and other oozing discomforts.

And it’s not over yet – because we’re not finished yet. Though I might have given up screenwriting no less than four times this year, not one of those times I quit lasted more than three days. Why? Because the tide turns so quickly.

I remember back at the beginning of the year being absolutely HYSTERICAL about one *thing*, I was so, so, so mad: I was literally breathing FIRE. I was going to kill everyone in this production company, never mind just the person who had been dealing with me and had pissed me off royally. My husband got home from work and I told him I was taking a job at a SCHOOL up the road; I was going to take a permanent position I had been offered. Sod this screenwriting lark! What the hell was I doing, anyway? I was writing for – what? No money, no respect, no security, NOTHING. I was going to quit scriptwriting, script reading; I was even going to pull the plug on this very blog as a symbol of how very serious I was. It’s thanks to Him Indoors that it’s still here! I really did have my finger on the mouse, the cursor hovering: he was urging me to STEP AWAY FROM THE DELETE BUTTON. As upset as I was at that very second, he advised, I would be even MORE upset in the long run if I went through with it.

And so I slept on it and he was right, of course. It even seems quite funny now that particular episode inspired SUCH an extreme reaction: as rude and obnoxious as the person was to me, I’ve actually had worse. I guess it was the straw that broke the camel’s back at the time. It’s why I married my Hub anyway: his inexplicable calm offsets what our Jase kindly called my “preposterous melodrama” only yesterday!

So, all in all a pants eight months or so has actually inspired a new way of thinking in me. Whilst I’ve always appreciated you have to change things if you don’t like the way something’s going, I guess I was always within the realm of “okay” enough to not want to really take the BIG RISKS. Swerving right into the realm of all-or-nothing and being hit with a truck-sized amount of obstacles was actually the best thing that could have happened, in retrospect. Yes, I was reeling for a bit but now I’m back on my feet. I’ve made my decision: if it’s a choice between all or nothing, I’m taking it all. And I know I have to do it myself. And I will.

8 thoughts on “Life’s What You Make It…”

previousReady… Set …. Go!
nextWarp Films: Want To Be In A Feature?