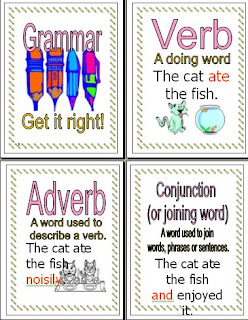 I signed up for the “51 Tips For Winning Screenplay Contests” at Script For Sale and can’t recommend them enough. Every day you receive two free tips via email (a much better idea than scrawling through acres of text in one go), complete with quotes from contest readers and winners to put them in context. Now, some of them are common sense and others I would not have thought of; some of them will be new to beginners, others will confirm what the more experienced already know, but either way they’re making an enjoyable read for me each day. Sign Up Here.

If you’re still undecided, here’s one of the tips:

Robert Mckee, (STORY) says “To write vividly, avoid generic nouns and verbs with adjectives and adverbs attached and seek the name of the thing: Not ‘The carpenter uses a big nail,’ but ‘The carpenter hammers a SPIKE.’ Spike pops a vivid image in the reader’s mind. . . . Use the most specific, active verbs and concrete nouns possible. . . . Fine film description requires an imagination and a vocabulary.”

Now many of you will know I don’t hold with McKee a lot of the time (especially when it comes to voiceover) but all of the above is good stuff… If you know what the hell a verb, concrete noun, adverb or adjective is. It may surprise some people reading this, but often, when I advise people on language use, the client often does not. In my capacity as an EFL and trained English Teacher then, here it is… Lucy’s Crash Guide to Screenplay Grammar.

Let’s start out with the basics – the noun. A noun is a naming word (think “n” for name I always reccommend). Nouns are words like chair, table, Africa, Lucy, blog, computer, love, hate. So what’s a concrete noun, I hear you cry. Good question. Come closer my pretties…

There are four types of noun. Proper, common, concrete and abstract. They go like this:

Abstract nouns are names for those things that do not physically exist: ie. love, hate

Now, the adjective. An adjective is a describing word, but they nearly always describe a noun. Let’s take a concrete noun like hair. How can you describe hair? Let’s think:

And so it goes on. Obviously it depends on the context – what picture you have of someone in your head and how you want to describe their hair or indeed anything else that’s important.

So, to recap: you want to be using concrete nouns in your scene descriptions – those words that physically exist. You don’t want to be using abstract nouns like love too much as it would imply seeing into your characters’ heads. You can’t rely on this in film – what you see is what you get. Yet why can’t you use adjectives? You need to describe those nouns that become pictures in the frame…right? 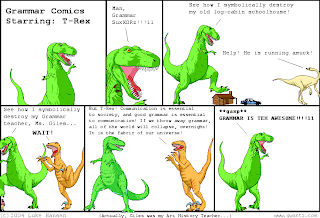 Right…and wrong. Of course you can use some adjectives – but they MUST be important adjectives. For example, if your protagonist has red hair, it must be for a reason: perhaps she’s a witch, perhaps he has Celtic roots and is tracing his family tree. In other words, it must pay off in some way story-wise, otherwise what is the point of your character having red hair? Yes, you may see your character as having red hair in your mind, but does it matter to the story? If not, get rid of it. The Casting Director is there for a reason. Don’t do their job for them. Lots of new writers think they must describe every last detail in scenes to give a feel of the piece. They don’t. That’s what arena is for.

So, next: the verb. Many people remember from school that a verb is a doing word (run, eat, kill, jump, etc), but not what consitutes it being active. The active implies immediacy, like Mckee’s “The carpenter hammers a spike”. The active often uses the present simple, mentioned in my last article on grammar. An example of a less active use of the same sentence would be this: “The carpenter is hammering a spike.” “Is” is the third person singular of the verb “be”. Immediately you can see this takes us AWAY from the main action – that sense of immediacy is gone, the reader is taken away from the page and asked effectively to remember the story playing out in front of them is a script and not “right now”. More definitions and explanations of the terms active and passive in grammar can be found here; make sure you scroll all the way down for the excellent Wikipedia article at the bottom.

I’ve already addressed apostrophe misuse and mixed tenses on this blog, but the second biggest problem I encounter as a reader with peoples’ scene description is adverbs. An adverb, like an adjective, is a describing word, but instead of describing nouns they describe… you guessed it: verbs (for the most part; there are a couple of exceptions to this rule, but for the moment, let’s concentrate on those verbs.)

There are actually two types of adverbs: most are easily recognised by the fact they end in “ly”: slowly, quickly, funnily, usually, etc, whereas there are others that are “hidden” because they DON’T use “ly” (like “well”). DON’T worry about the “hidden” adverbs, it’s those that end in “ly” that become the biggest problem for the screenwriter. Why? Because, like overusing adjectives and doing the casting director or set dresser’s job for them, the screenwriter is effectively directing from the page in a lot of people’s eyes, mine included. What do I mean? Take a look at this:

JOHN: We have to go…tonight!

Now look at this:

JOHN: We have to go…tonight!

What’s the difference? It’s subtle, but quite a lot. The second allows actor interpretation as well as directorial input. Perhaps the director doesn’t want John grabbing Kate roughly? Perhaps he wants John to be desperate, only for Kate to knock him back and say she’s staying? Perhaps John already knows this in the actor’s mind but this is a last ditch attempt, so he’s not “convincing” at all, but rather lack lustre “I know you won’t but please re-consider”? If you put multiple adverbs in your scene descriptions, you take away from the action; it’s like saying there is only one way to play this scene out. It’s all very well saying it’s MY film, I made it up, they should play it out MY way, but film involves lots of people, not just the screenwriter. They not only deserve input, they demand it, for without directors, producers, actors and so on, there is no film! If you want to use a mega-amount of adverbs, others may see you as directing from the page, denying them this all-important input and effectively saying you are precious about your work. Is it worth the risk, just for a few hundred words in your descriptions ending in “ly”? It’s easy to cut them out and re-order sentences if neccessary and well worth it in my view.

In my experience, grammar *can* count for a lot in screenwriting. Of course the great ideas get through regardless, but does it take longer I wonder? I would imagine so, given the amount of readers I’ve seen dismiss scripts on the first few pages with poor grammar. The odds are stacked against even the best writers out there; my opinion then has always been – when it’s such an easy issue to fix, why swim against the tide?
—————————————————————————–
DON’T FORGET: If you have a request for an old blog post, tell me! Don’t forget, the old blog dies this time next week when AOL removes it forever!!!

10 thoughts on “Adverbially Yours”