Often spec screenwriters will ask me to nominate and talk about another spec work with them that I’ve read that I’ve thought particularly good. As a reader however I take confidentiality seriously, so I have to decline. These repeated requests however got me thinking and I’ve approached several writers whose work I’ve admired and asked them if I can write about their work on the blog. This is the first of the series.
————————————————————————————- 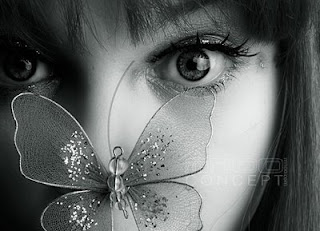 I’ve been a big fan of David Bishop’s work for some time now: originally a Bang2write paying client (oo er), David’s now one of my own trusted circle of Po3ers, so I kind of feel like we’ve both seen each other with our clothes off (double oo er), even though we’ve actually never met in real life.

David originally came to me with his PAGE winning short DANNY’S TOYS. Even in this early draft, I knew this was a special script; all the clichés about “you just know” which are the “good” scripts are true: it really does leap off the page. When he subsequently made the finals, I figured he had it in the bag. And of course he did.

David is one of the writers who demonstrate perfectly that having your own voice and distinctive style is everything. He calls his style “magic realism” and I love this idea: his world is one like Tim Burton’s visuals – all animated corpses, war, butterflies, metal bumble bees and narratives that swirl around in your head like a tornado. Even those scripts he sets in the real-real world have a child-like logic where bad is bad and good is good – and people have to learn to meet in the middle or die trying. Yet that doesn’t mean his characters are black and white, far from it: there’s a real “ying yang” sense to David’s scripts. This sense of optimism balanced perfectly with pessimism means not only that any danger of preaching is removed, the stories resonate.

The spec I’ve liked the most of David’s is one of his most recent, THE WOMAN WHO SCREAMED BUTTERFLIES. David and I decided we would write a new script each for the BBC’s Sharps initiative back in June. We managed to do this within about a four week period, writing several drafts and working like dogs. But whilst I wrote a thirty minute comedy about two ex-ballet dancers who taught a bunch of street kids how to line dance, David managed to write one of the most beautiful and haunting scripts I have read in a very long time.

BUTTERFLIES tells the story of Jamie, a mentally-ill boy of a man, whose path crosses with Sophia, a promising young opera singer. However Jamie’s inclusion in Sophia’s life will bring devastating consequences, even murder.

What I loved about it was the fact that Jamie was a silent protagonist. So few writers can pull this off – often characters end up talking FOR them in an expositional, clumsy way. Yet David’s visuals told Jamie’s story and gave us an insight into his thoughts, for Jamie is an artist. Chalking on pavements, writing on walls, Jamie communicates his thoughts and fears perfectly. A fantastic device.
Structure too was for the most part tight – sometimes David overstates his case or puts his scenes in (what I consider!) the “wrong” place, but here there was only one blatant case of that. Like many professional novelists however, David’s biggest battle during the rewrites was with overwriting: his scene description, as fantastic as it was in earlier drafts, was dense. I recall reading that first draft (first draft! Damn him) and thinking, “This is great… But it could be FANTASTIC.” The obvious solution to that was cutting back on black.

The thing with scene description is that writers can get so involved with painting a picture, their story can seem to play second fiddle. A writer can get away with this in a novel – but in a screenplay, description has to be story’s bitch. THE WOMAN WHO SCREAMED BUTTERFLIES was the perfect example then of a great script that could be even greater if it realised “less is more”.

And to David’s credit, he worked on this. Leaping on one of his descriptions of Jamie as being “fractured”, I suggested he used less complete sentences and more sentence fragments – perhaps always using them WITH Jamie in order to make a contrast with Sophia. I wondered if it might be an idea to scatter descriptions like this on left and right alignments on the page too, giving the ACTUAL look of the page as fractured? Another reader wasn’t keen on this approach, it apparently made their eyes go funny, so the left/right alignments went. But the fragments themselves stayed – and they worked. Scene description as a reflection of character!

So anyway, we completed our Sharps drafts and sent them off…

… And neither of us made the cut, didn’t even get within sniffing distance.

7 thoughts on “Specs I’ve Seen #1: The Woman Who Screamed Butterflies By David Bishop”