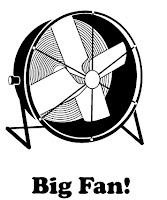 As human beings we measure ourselves and others by success or condition. It makes sense to us psychologically: we like to pigeon hole things, create a sense of order in an otherwise somewhat random world. Yet so often we make arbitrary assumptions about ourselves or other people based on what they have – or don’t have. It’s crazy when you think of it: why isn’t he married? (Because he’s unlovable). Why is she married? (Because she’s a doormat). Why does he work in a bar? (Because he’s lazy). Why didn’t she go to university? (Because she’s stupid). Though we are all guilty of doing this, if challenged (even by just ourselves), we can accept readily that it’s a load of a guff and we move on from that daft assumption… To another one. But it’s progress of a kind, at least.

Writers on the other hand will often judge themselves by these harsh standards – and stand by them no matter what anyone says or does. Rejections are justly deserved; options, placements in contests, meetings with agents and producers are nothing much – you heard people saying that? “Well I have a meeting/placement/whatever…” BUT IT WON’T COME TO ANYTHING. In fact, us writerly lot are so self deprecating that I’ve heard AWARD AWINNING SCREENWRITERS say they are “only” a writer – “My wife is the real hero,” one said to me once, “She’s a teacher.” I said to him: “I’m a writer AND a teacher – does that mean I’m half crap and half not?” The writer in question had had several Jacks and coke, so pondered for a moment and said, simply: “Yes.”

There’s been a lot online recently about writers “not meaning shit” in the industry: whilst there have been many voices chiming in on the unfairness of it all, very few threads that I have seen have addressed WHY this is. Julian Friedman made the good point on Shooting People’s screenwriters’ bulletin a couple of weeks’ back that not enough writers network properly or know enough about the industry to be taken seriously by it (hence them being in such low regard) – yet it seemed to me people were so busy moaning their lot that no one seemed to stop and say: “Actually, if I was at ANOTHER place of work and could only do HALF my work (ie. the bit I like, ignoring the bits I don’t like or don’t understand), wouldn’t I be considered the crappest employee there?” After all, just as screenwriting is only part of the filmmaking business, only part of screenwriting is the actual writing. A screenwriter should be able to network, be able to set him or herself goals, be able to understand contracts, know what’s happening in the industry, be able to liaise with agents, producers, give and take constructive criticism, take decent meetings. You can’t just shut yourself away in a room and emerge with a masterpiece, we all know that – but once a writer has that masterpiece and believes in it, it would seem it’s expected that all the other pieces somehow slot into place.

So if writers are treated like shit in this industry (and they can be), ask yourself why: is it because there’s a secret evil cabal of producers, agents and the like plotting the downfall of the poor, innocent writer?

Or is it because the writer does not value what they do enough?

So next time you’ve “just” got through the first round of the BSSC or “only” met with an agent or producer to discuss your idea or script, realise that you are underselling yourself and your talent and your ability. Realise that you can take the power back: you don’t like producers? So produce and/or direct your short yourself. It’s not the same because you are a hybrid, the hallowed writer-producer or writer-director, we’re not the same as THE OTHERS (if that helps). Read all the blogs, find out what’s going on, join the useful places, discard those that aren’t useful (but find out why, don’t rely on hearsay). Find out more about legal stuff. But most of all, don’t be afraid to shake people’s hands and say, “I’m a writer.” instead of “I’m just a writer.” or “I’m only the writer.” If people ask your ideas or opinions, there’s no need to be abrasive – but there’s no need to apologise either. Realise you can’t climb every rung of the ladder at once. Some days it will be three or four up; other times it will seem like you’re taking monster steps back. Other times – and these are the worst I feel – you stay in the same place, with nothing on the horizon. But give it time. Things will move eventually, it’s the law of the universe if nothing else.

So: be your own biggest fan, give yourself time and know what you’re doing because THAT’S when it all slots into place. Eventually ; )