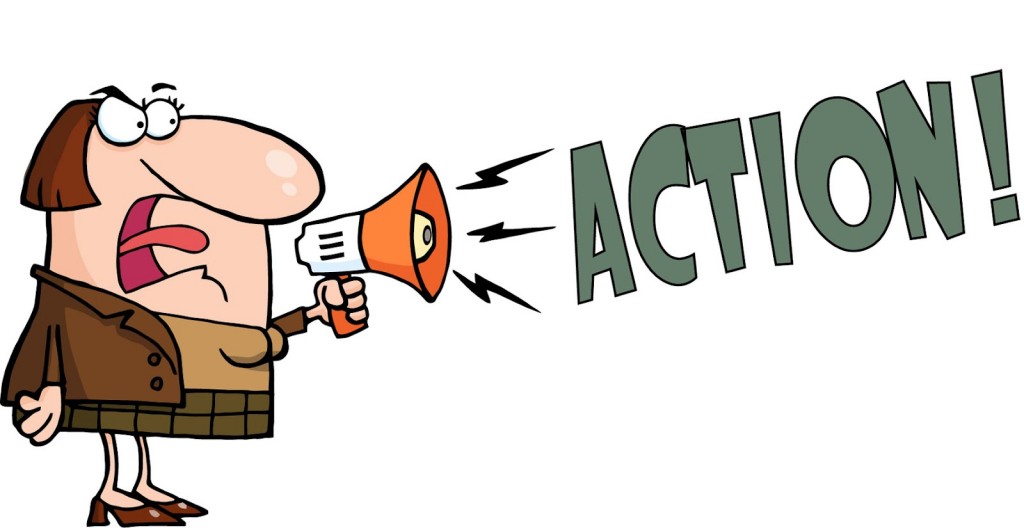 I’m not fond of those “scriptwriting sayings” that gurus, websites, seminars and books bark at writers, since so many need much more clarification (“Show It Don’t Tell It” anyone?), especially for the new writer. There is one however that I do make an exception for and that’s @wcmartell’s:

I love this one. It sums up exactly what it means. It’s the Ronseal method of writing here in that it does exactly what it says on the tin, no further clarification required. Even the complete writing novice can look at that and say: “Ah, yes. In all my description there should be action. Case closed.”

And action is what we watch films for, right? Action does not necessarily mean oodles of sex and violence (though that’s always good as far as I’m concerned, wahey); but importantly, even the kitchen-sinkiest drama has action in. If you want hours of psychological analysis and contemplation about general stuff over a certain time frame that may or may not be important to the central thrust (oo-er) of the narrative, you’d read a book. Not that I think books are worse or better than films I might add, just what goes into each is different.

Which is why your scene description and how you write it, counts.

Too much scene description does the exact opposite of illuminating your reader as to what is going on in your action. It confuses them. Whilst this might appear bizarre, think of it this way – if there are too many details, which are the important ones? The reader did not write your script, they don’t see it in their head as clearly as you will see it in yours.

Often, so much attention is paid to detail by way of building up character or arena, the reader is then lead down a blind alley in terms of story. This is frustrating. If your story is a child’s toy shoved in the cupboard under the stairs, the script with too much black is akin to opening said cupboard door and everything coming piling out when it’s opened. Which toy is the story? Yes there’s some nice stuff there, but which is the one we’re actually looking for? We could be there all day and still not know, which is why entreating a reader to go over your script again will not neccessarily work.

But what is action? This is the problem for the writers unable to differentiate between “The Black stuff” and “The Good Stuff”. After all, there’s all that conflicting advice and/or pointers: do be poetic/don’t write asides to the reader. Do use your extended vocab/don’t write a novel. Do be visual/don’t overdo it. Just what is it we’re supposed to do?!

I find it useful to think of action as those things that:

a) have a place in the story (ie. you can’t understand what’s going on otherwise)

OR best of all:

I *usually* have the physical stuff for pushing the story forward, whilst I save my “poetic-ness” *generally* for the revealing character. This seems to work for me. That way, I don’t have too much flowery stuff whilst people are enacting the story and I don’t have characters relying on physical actions and/or traits to reveal their character. I don’t tend to have people doing random actions like eating, raising eyebrows, waving, smoking and whatnot unless it relates directly to how the story is playing out; I feel that I would be directing from the page that way. As far as I’m concerned, it’s more for me to “sum up” that all-important “feel” of the scene, not nail down every last detail on how it looks when that is largely down to interpretation anyway. To underline this point, here’s some coverage I received on one of my scripts, from different readers:

“The Scottish Highlands backdrop was great.”

“The valley scenes in The Peak District were a nice touch.”

Which reader was right? None of them; I had actually envisaged Devon – I’ve never even been to The Highlands or The Peak District. But who cares? I was going for a rural backdrop and the readers read into it what they knew. And that’s the beauty of it. This is why I think you don’t need those minute details.

But anyway: like I said, this works for me. Maybe it won’t for you. But if you’re wondering how in the name of all that is holy you still have too much black (and we’ve all been there), why not give a, b or c above a try.