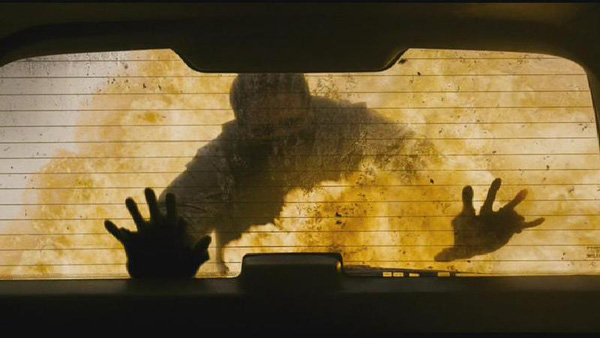 Forgive me Bloggers, for I have sinned… It has been FIVE days since my last post on structure… How can you ever forgive me, especially you Dublin Dave?! 😛

Have I mentioned this screenwriting malarkey is like a house of cards? Oh yeah, I have. And also one of those tile puzzles where you move ’em around to get the pic. Oh, I’ve likened it to a jigsaw too, right right. I could say it’s also like a dress: get your measurements wrong and you aren’t going to the ball Cinderella — but hey, “We get the point Lucy!” I hear you all scream: it boils down to this – get one thing wrong, everything else goes wrong. Wow. Sure glad we had this talk, cleared all those issues I was having with my draft right up…

…What you mean there’s more?! Damn right. So I’ve already talked about structure meandering, which is heavily related to what I call The King Lear Draft in particular but also (and maybe even at the same time) The Top Heavy Draft, which just like Dolly Parton, has so much up top that it falls flat on its face (maybe it should be called the DP draft? Hmmmm).

In direct contrast to those drafts then where Act One is brilliant but the rest runs out of steam (we could do with a name for those too btw: any thoughts?), The Top Heavy Draft does not tend to start well. Usually there is a mountain of black on the page and usually (but not neccessarily) the reader will be introduced to a plethora of characters, story threads, observations of arena and dialogue that does not really go anywhere, sometimes disappearing altogether. Sometimes The Top Heavy Draft on this basis will dive, head first into WTF? Territory; other times it will just be confusing or worse, deathly dull. Whatever the case though, there is just one reason why a draft like this happens.

The writer has started too early.

Like all screenwriting terms, “start late and finish early” has become so much part of our collective consciousness via the osmosis of the teach-yourself-screenwriting industry via internet, books, TV and whatnot that we writers think we’re doing it even if we’re not. One reason for this I think is that writers don’t know what their story is properly, but I’ve posted about that before here. The other thing however is, I think writers fall in love so much with their characters and/or premise that they are no longer fit to rule the world they have created and must abdicate immediately for fear of bringing death upon their draft. (Finally: this is what this post is actually about. Halfway down the page you find this out – start late and finish early? Ahem. But please stay with me.)

The writer who produces a Top Heavy draft (usually) mistakes the notion of Act One’s “Set Up” as “setting up character” when really, “Set Up” refers not only to characters but the situation/s they find themself in. If you consider a film like 28 Days Later, we hit the ground running first with a little prologue with the Animal Activists letting out the infected chimpanzees to establish how the virus got out into the open; we never see those Activists or indeed Chimps again and nor do we need to – in short, that bit was solely about plot. We then cut to Cillian Murphy’s character waking up in hospital to find he is alone in the world. Or is he? As he wanders through destroyed London, we the audience are taking the journey with him: what the hell happened? As the audience we are privy to the information about the virus which he isn’t of course, but even so, we’re unsure of what that prologue *exactly* means until he is faced by the mentalist Priest in the chapel and is rescued by the girl with the parang knife and Mr. Curtis from Holby City. Niiice.

I think this is an excellent set up and it’s something its American counterpart Resident Evil shares. A similar premise but based on a computer game, again we are taken on a journey with the characters at the same time as plot: the marines enter The Hive, we are introduced to the Umbrella Corp, The Red Queen, the fact that Alice cannot remember if she is the spy who betrayed the cop’s sister and is she *really* the wife of James-Black-Beard-Whatsisface when her wedding ring is “property of The Umbrella Corp”? Whether you like Resident Evil or not, I believe like 28 Days Later (a film I eminently prefer) it presents a very neat set-up, bringing forth everything that is needed to pay off later, so as soon as you hear the zombie dragging the axe behind him when the marines open the doors to the labs by re-setting The Red Queen, you just “know” we’re being catapulted head-first in Act 2.

Compare both these set ups then with 28 Weeks Later. Apparently this film had some considerable difficulties from the outset in terms of development and I think it shows. In contrast to the first film, we’re treated to a lengthy prologue and meant to think that this film is about Robert Carlisle’s character. And I suppose in a way it is, since he ends up the main antagonist going after his children (even though the rest of The Infected are entirely indiscriminate whom they go after IN BOTH FILMS but hey ho), but why do we need that prologue to go on so long? We need to find out that Robert’s character is a coward. Okay, but couldn’t we have done that in a much shorter time? Or did we even need to, especially since he lies to his children later about their mother’s “death” WITH flashbacks AND their mother is found in their old house and speaks so could counteract his story?

In comparison then to both 28 Days Later and Resident Evil, I believe 28 Weeks Later starts way too early. This not only affects plot (in that we’re wondering “why” certain things are happening), it affects pace (how can a scene in which the army is firing on civilians and Infected be dull? Yet I thought so), it also bleeds into character: why does the wife say she still loves Robert Carlisle when he left her to die? Or was it on purpose so he would kiss her? Equally, for me the sacrifices Scarlett and Doyle make to save the children lose impact, since we haven’t spent enough time with them to care about them – or even know who exactly they are. Why is Scarlett so honourable? Why does Doyle desert his post? Had the lengthy prologue at the beginning been chopped off, all of these instances could be addressed. Without looking back into the past, we could still see Robert Carlisle’s character is a coward, thus meaning forward-looking momentum is established, so pace picks up; without loads on the past in the first instance, Doyle and Scarlett could be established as characters, so their sacrifices resonate.

The Top Heavy draft. Start too early and bore your reader or audience.