What Marvel Can Teach Us About Writing Powerful Villains No Writers, You’re Not Being ‘Excluded’

Top 15 Genius Creatives And What Writers Can Learn From Them

Want to be thought of as a GENIUS in this writing lark? Then you need to check out what’s gone before … But also crucially, who’s trod the path before you, too!

Many thanks to Michael for this brilliant dose of inspiration in this very diverse list. Whilst you may not have enjoyed every piece of work these creatives have produced, fact is they’re at the top of their game. There’s lots we can learn from them in our own writing journeys. Enjoy! 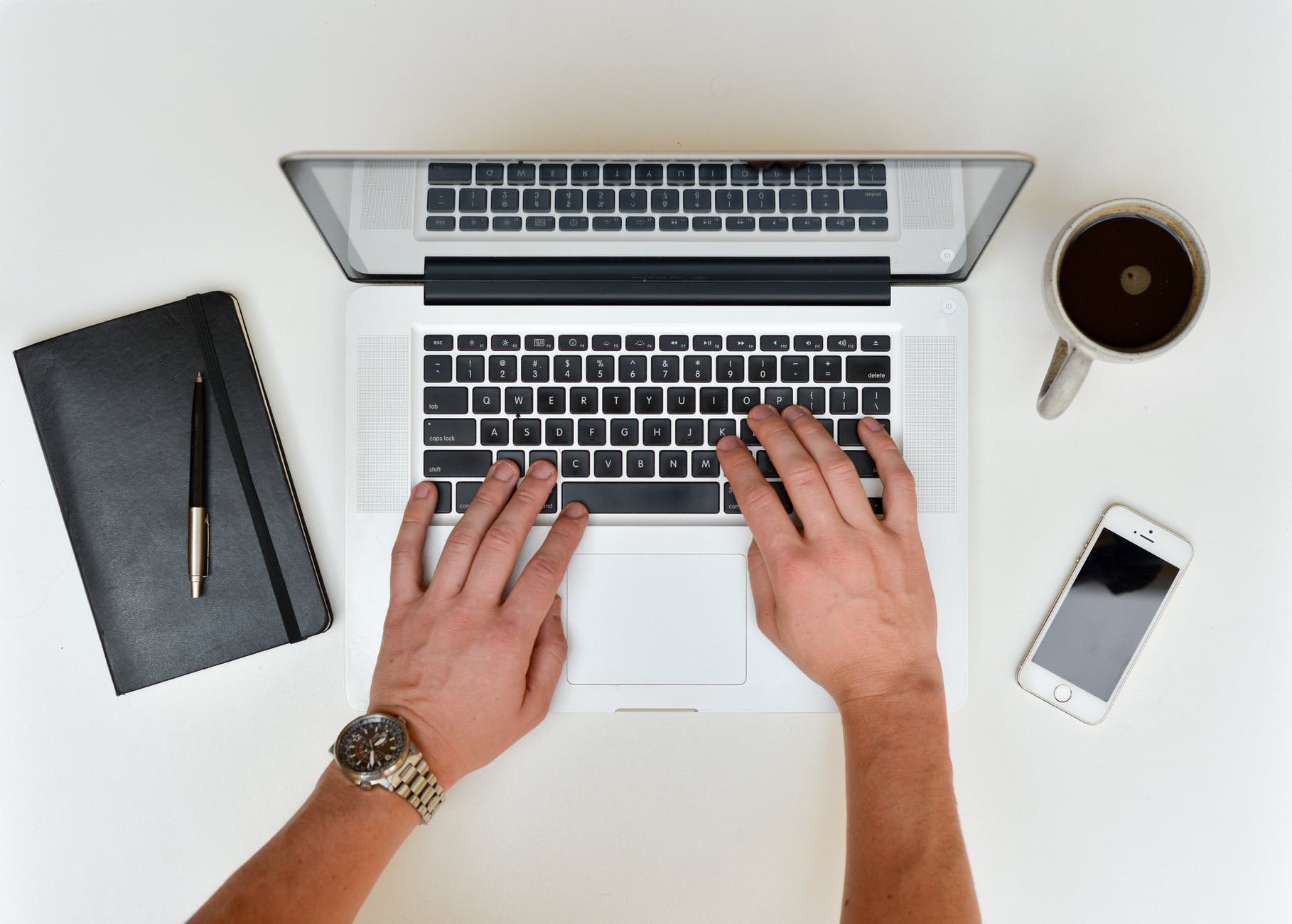 If you want to become a genius creative yourself, it’s a good idea to try to learn  from the best! I’m obviously not saying that you should flat-out imitate them. Rather, you can learn a lot from studying the work of genius creatives you respect and figuring out how they do things.

That said, sometimes it can be difficult to figure out where to start, especially with so many genius creatives out there to choose from! So with that in mind, I’ve done the hard work for you and listed just fifteen of the best creatives of the 21st century. Ready? Let’s go … 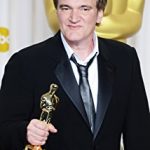 Quentin Tarantino is mostly thought of as a director, but he’s also one of the top screenwriters of our modern era. He’s been known to work as just a screenwriter, although in recent years he’s mostly focused on writing and directing his own films. You could learn a thing or two from him when it comes to how to structure a story for the maximum impact, and let’s face it – his films are a lot of fun, too.

Top Tip: Find your voice. When you’re watching a Tarantino movie, you know it. That applies no matter what genre he chooses. You need to ensure people can tell it’s YOU writing. MORE: 7 Ways Of Showcasing Your Writer’s Voice In Your Screenplay 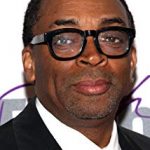 Brooklyn-based Spike Lee is an African American film director who’s won a range of awards including an Academy Award, a BAFTA, two Emmys and a Cannes Grand Prix award. Lee also owns a production company called 40 Acres and a Mule Filmworks, which has produced over 35 different films. The majority of his work investigates race, racism and bigotry, with films including Jungle Fever, Malcolm X, The Original Kings of Comedy and BlacKkKlansman.

Top Tip: You can build recognition and even a career on investigating social justice issues. 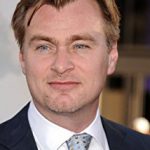 Christopher Nolan is so dedicated to his craft that he apparently learned how to grow corn so that he could make Interstellar as realistic as possible. He has a reputation as one of the best creatives in Hollywood thanks to films like Memento, Insomnia, Inception and Dunkirk. Combined, his films have brought in nearly $5 billion in box office sales, making him a household name in the process. If you haven’t heard of Christopher Nolan, I’m not sure how you ended up on this article in the first place.

Top Tip: Pay attention to the details if you want to add a heightened degree of realism to your movies. 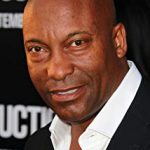 Singleton passed away several weeks ago, and it was a big loss for creatives in the community. After directing Boyz n the Hood, he became the first African American and the youngest person to have ever been nominated for the Academy Award for Best Director. His other projects include Poetic Justice, Rosewood, Shaft, 2 Fast 2 Furious and the television series Snowfall.

Top Tip: Tell stories from the heart and that relate back to the life you’ve lived. In this way, youth can trump experience. 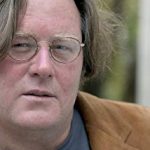 William Monahan is one of the best 21stcentury writers, period. That’s because he’s a novelist as well as a screenwriter, starting out as the editor for SPY Magazine while establishing himself as a journalist, essayist and critic. Monahan is mostly known for writing the screenplays for movies like Kingdom of Heaven, The Departed, Edge of Darkness and Oblivion, which he wrote the first draft for. Definitely one to watch and to learn from, whether you’re a fan of his or not.

Top Tip: One way to break into the industry is to start out in more traditional writing roles such as journalism and movie criticism. 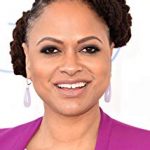 Top Tip: If someone else hasn’t walked a path before you, perhaps you can be the trailblazer. 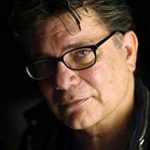 Steven Zaillian has been in the business since the late 70s, where he started out working as a film editor before moving into screenwriting, directing and producing. He wrote the screenplay for Schindler’s List, ultimately winning a BAFTA, a Golden Globe and an Academy Award. He’s also worked on Awakenings, Gangs of New York and a bunch of other well-known and critically acclaimed movies.

Top Tip: Another way to get into the movie business is to start out as something else, even if it’s just by running errands. You have to do whatever you can to get your name out there. 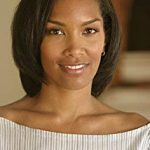 Akil is a screenwriter and producer who’s mostly known for her work on Girlfriends, The Game, Being Mary Jane, Black Lightning and Love Is. A graduate of Northwestern University, she’s based in Beverly Hills and is the older sister of actress Kara Brock. Movies are in her blood, and there’s a certain quality to her writing that has helped her to cut through the noise of a mostly male-dominated industry.

Top Tip: Experience and education count, but perseverance and a solid work ethic are also genius moves. MORE: 10 Things You Can Do With Zero Talent 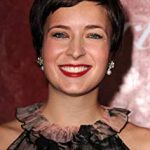 Cody is mostly known for Juno, which was her first feature film script and which won an Academy Award, a BAFTA and a Writers Guild of America Award. Before that, she first rose to prominence because of her memoir, Candy Girl: A Year in the Life of an Unlikely Stripper. After Juno, she worked on projects including Jennifer’s Body, Young Adult, Ricki and the Flash and Tully.

Top Tip: Embrace your past instead of being afraid of it. Also, grasp opportunities. Cody never set out to become a screenwriter, but now she’s at the top of her field. It’s no accident. 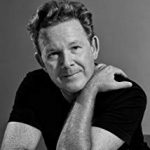 Unlike the other screenwriters on this list, John Logan is almost purely a writer and not a writer/director, although he’s acted as a producer from time to time. He’s the brains behind movies like Gladiator, Star Trek: Nemesis, The Last Samurai, The Aviator and Skyfall. He’s also written for the theatre and for television, winning a whole swathe of awards along the way. He’d been writing plays in Chicago for ten years before even starting his first screenplay.

Top Tip: Just because you’re a screenwriter, it doesn’t mean you have to be a director or a producer. Sometimes it’s best to focus on the script and to leave the rest to specialists. 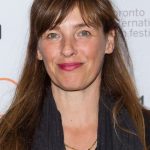 Coxon is a British playwright and screenwriter. Her credits include The Heart of Me, Lily and the Secret Planting, Spaghetti Slow, The Danish Girl, Mrs Gonzales and Wild Target. Her plays made her a success, but it’s her screenplays that have made her a star. She also shows that you don’t have to live in Hollywood to build a career as a screenwriter.

Top Tip: Getting started with plays can help to boost your portfolio and to kickstart your career. 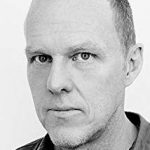 Helgeland is an interesting writer because he started out with A Nightmare on Elm Street IV but refused to be pigeon-holed as a horror writer. His breakthrough hit was 1997’s L. A. Confidential. He followed this up with A Knight’s Tale, which he also directed and produced. More recently, he was the writer of Mystic River, Robin Hood and Legend. Definitely one to watch – and it’s worth reading the source screenplays, too.

Top Tip: Don’t back yourself into a corner by focusing on a single genre. Instead, embrace multiple different genres and put your own unique spin on them.

Karen Croner is a television and film screenwriter who’s worked on a range of products including TV’s 101, Scattered Dreams, One True Thing, Admission and The Tribes of Palos Verdes. She’s also written the screenplay for Girl Soldier, which is still in development, and the TV series My Glory Was I Had Such Friends, which has recently entered pre-production.

Top Tip: Being a genius can be about being multi-disciplinarian. In other words, be prepared to write for both film and TV and to seize any opportunities that come your way. 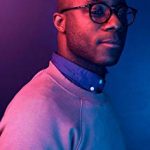 Jenkins launched his career with My Josephine. He followed it up with a number of well-received movies. This includes Medicine for Melancholy and 2016’s Moonlight, which delved into LBGTQIA+ issues. His third major feature was 2018’s If Beale Street Could Talk. This is based on the novel of the same name by seminal African American author James Baldwin. He’s also notable for taking an eight year hiatus between movies. He has a well-established reputation despite only being in his thirties.

Top Tip: Take a break or a hiatus if you need to, especially if it means you’ll come back stronger. 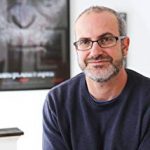 Bomback is a little lesser known than some of the other screenwriters on our list. He’s still worth a look … He’s done a bunch of uncredited work and worked as a co-writer with some of the biggest names in Hollywood. Films he’s worked on include Live Free or Die Hard, Deception, Total Recall, Fifty Shades of Grey and The Mummy. He’s also written a book called Mapmaker, which is worth adding to your list of screenwriting books if you’re after some light reading.

Top Tip: Don’t be afraid to be a co-writer. In many cases, two heads really CAN be better than one! MORE: 4 Reasons 2 Heads Are Better Than 1

Now you know who some genius creatives of recent years are. Your next step is to make sure that you’ve checked out some of their work. You can also take notes and work out what you can learn from them.

Don’t forget though that simply imitating these genius creatives is NOT the lesson. You need to take what you learn and put it into action your own way. You need to develop your own unique voice and style if you want to build a reputation for yourself.

BIO: Michael Turner is a film buff and former screenwriting student. Now self-employed as a freelancer writer, he works for clients like Gradesfixer and predominantly writes about films and television. His favourite screenwriter is Quentin Tarantino.