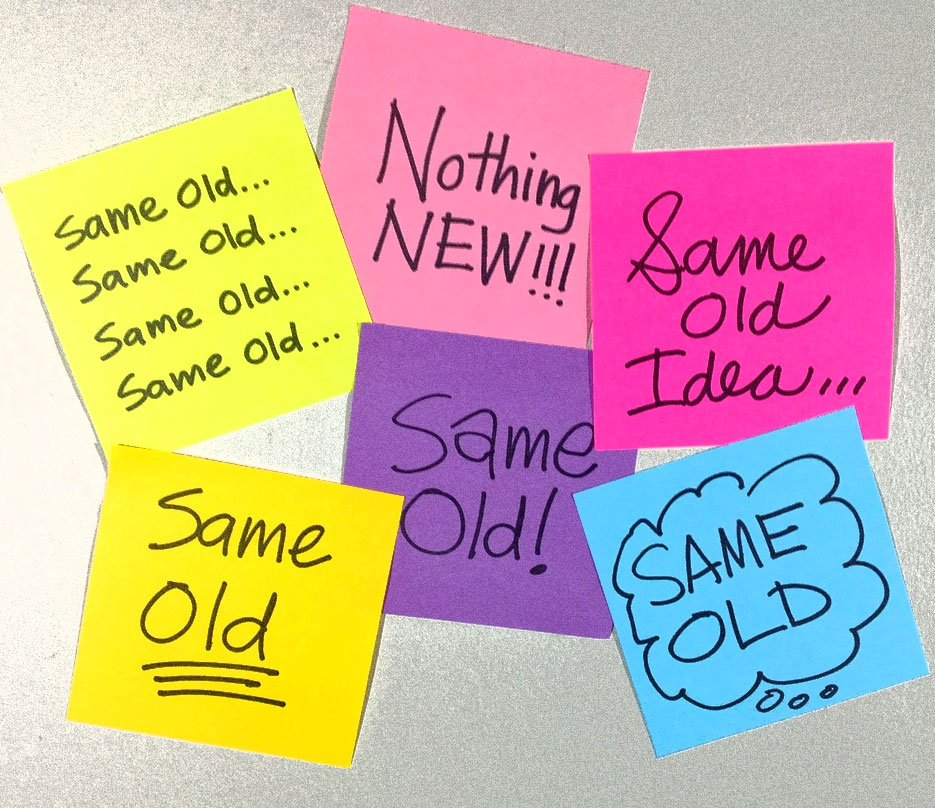 So, every now and again I will be on Twitter or Facebook and a writer will post about their work in progress, asking for feedback for their story/concept. It might be a novel or a screenplay and it might even be a half-decent pitch in terms of actual layout, language and The 3 Cs – clarity, conflict & characters.

Probably because of this, my heart will sink even further for them. Why?

Because the concept will be exactly like everything I’ve heard before.

You know the type: we’re talking the USUAL – vampires and werewolves; X Men-type super beings; a teen girl standing up to the system like Katniss in The Hunger Games or Triss in Divergent; time-travelling guys and their companions like Dr Who; duos investigating the paranormal like Mulder & Scully; Ken Loach-style teens destroying their lives; a disparate bunch going on a road trip like in Little Miss Sunshine to learn what’s important.

In other words, at pitch level it merely comes across as a REHASH of what we’ve seen before. Nooooooo!

And you know what? It might well be, in the execution. But as every Bang2writer knows – it’s NOT the execution of the draft that counts. You have to get to the read first … And if your pitch sounds like a SAMEY REHASH, you’re not going to get that far. Sad but true.

In other words, if it sounds TOO MUCH LIKE a very famous published and/or produced property? Then this is serious threat to the success of your pitch and whether you’ll get a read request.

For some writers – the ones telling the truth about their execution being different, anyway – all their pitches need is a tweak to reflect HOW theirs is different. After all, pre-sold elements told a new way are highly desirable. HIGHLY. It turns ‘Oh god NOT THIS again’ to ‘why haven’t I seen this before???’

So, if you have a genuine NEW twist on the vampire, time-travel or werewolf myth? WE WANT THIS. But you have to let us know, right from the bottom up – and that STARTS with the logline. This is why pitching is so difficult. 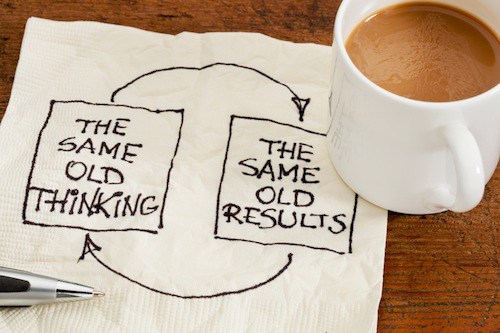 But very often, it’s not JUST about the logline, but the target audience. If people have ‘seen’ this story before, there’s no reason to invest in it all over again. Those writers will have to own up to the fact that actually, their execution won’t cut it either.

But some writers never want to hear advice that contradicts with what they want to write, EVEN when it literally improves their chances in the marketplace. Instead these writers will doggedly insist they’re writing what they want NO MATTER WHAT, even when faced with questions like this:

‘How is this different to [published book] or [produced project]’?

The answer will invariably be:

We hear a lot about the idea that the industry wants ‘the same … but different’. This is true. But a lot of writers focus too much on ‘the same’ and not enough on THE DIFFERENT. As a result, their writing might be great, but at pitch level there’s no spark, no special SOMETHING that marks them or their project out … so they don’t get off the starter blocks.

But, if writers already know something is a hard sell, why the hell dont they go back to pitch level to make their story more genre-busting?  Because it’s a mixture of optimism, naivety and ultimately laziness. They want to do what they want to do.

The savvy writer needs to identify target audience – and if we’ve already seen this story, WHY would we watch another that’s the same? We need a REASON to get on board. Something being ‘well written’ is not enough. If you think it is, then think about the last 3 movies, TV shows and novels you consumed. Was it because they were ‘well written’? You can’t have known this in advance!

It was because the concept appealed for some reason, pure and simple.

But THIS is the difference between amateurs and pros:

A pro writer will JUMP at the chance to hear advice that will stop them wasting hundreds of hours. So if you hear those questions that ask you HOW yours is different from a previous work and you don’t know? This is a red flag. You need to find out, reassess and if necessary, revisit your concept at pitch and/or draft.

Don’t be that amateur that insists it will all be fine, as long as someone will JUST READ the draft. Because it won’t get that far if your story misfires at pitch level. Sad but true.