How IT Demonstrates The Enlightening Power Of Subtext 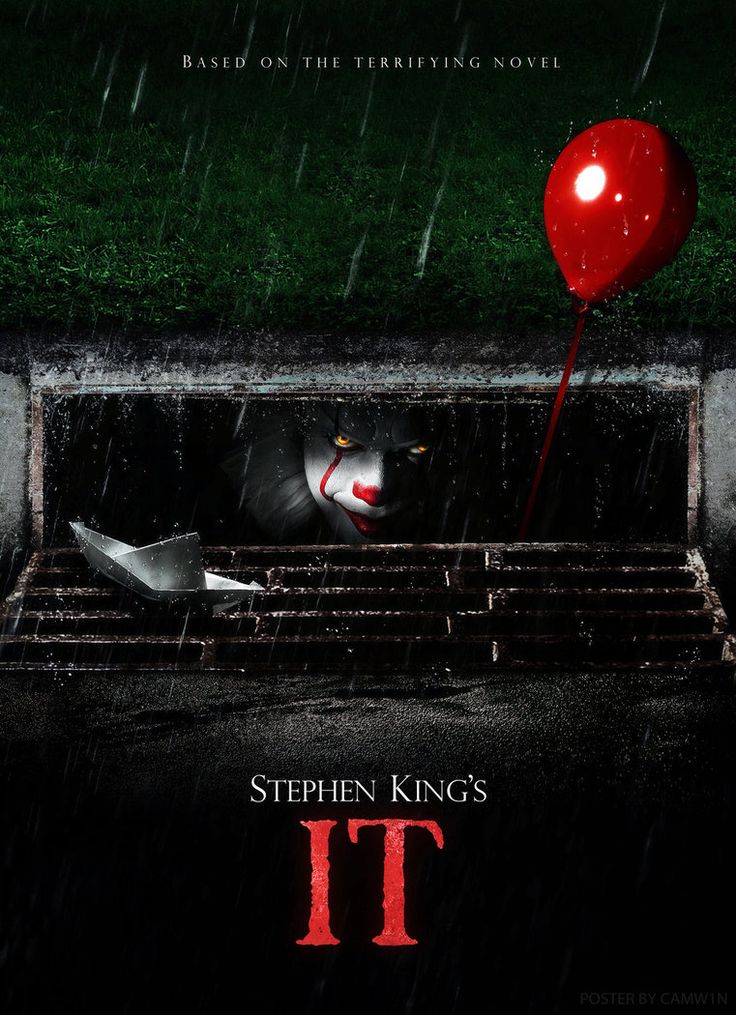 In my occasional Movie Lessons For Writers series, I put a recent or classic movie under the microscope and draw attention to what writers can learn, for good or ill.

Since IT has been lighting up screens all over the world – surpassing the hallowed £500m mark, no less! – then whether we loved or hated it (or loved TO hate it), we can agree this remake has *something* to impart. 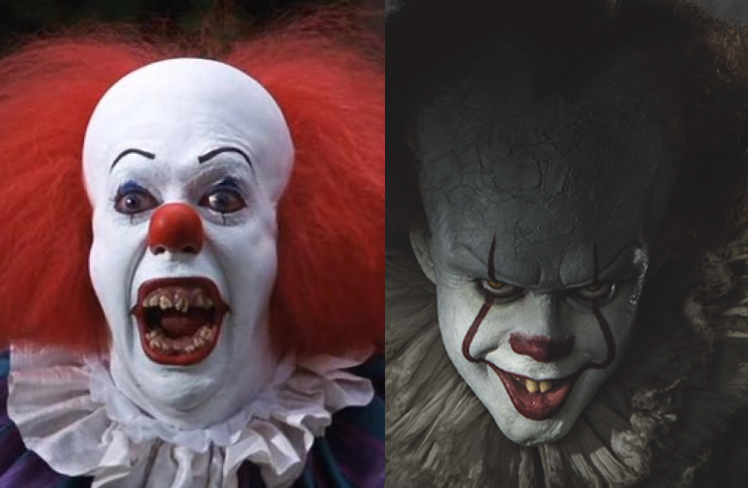 Obviously, plenty is. Rightly or wrongly, movies this popular will always have their detractors, but overall we can discern that the filmmakers definitely got something right … More than one thing, in my opinion.

I’ve always thought of Stephen King’s IT as the Evil Twin of The Body (aka Stand by Me as the movie version). So I was delighted to see what I felt was this kind of ‘tone’ reflected in this movie version. IT was a hugely influential book to me as a teen, I must have read all 1300+ pages of it two or three times. Though I enjoyed the original TV mini series for Tim Curry’s performance, I felt it was otherwise lacking in pretty much other area (especially that lacklustre resolution with the decidedly UNscary spider).

And holy shit, that clown. Stephen King destroyed my entire generation’s love of the circus, I swear. If you’re scared of clowns – and who ISN’T, if you’re born after approximately 1980?! – then this version has terror written all over it in the form of Bill Skarsgard’s Pennywise. Just the sight of him sends a shiver down my spine OMFG.  Hell, that Skarsgard Pennywise smile is just as bad WITHOUT makeup! If he doesn’t get an Oscar nod, there’s going to be a swarm of angry Horror nerds lighting up the internet very soon.

Skarsgard’s is a very different incarnation to Tim Curry’s and this is a wise choice. Not just because Curry’s is iconic, but because what was terrifying in 1990 is simply not that frightening now. Though we may remember Curry’s performance fondly, it looks dated now because time moves on. Back then, what was scary was simply the SIGHT of an otherwise nice-looking clown with dagger-like teeth. But we live in a different world now, where clowns with scary teeth are no longer, well – scary!

This is an important realisation for writers to make: when it comes to horror, audiences’ tolerance for gore, scares etc only goes UP. What once was an 18, is now a 15 … and we see much more, such a poor Georgie’s arm actually getting bitten off (not present in the original movie).

In fact, there’s much more ‘risky’ horror throughout: Pennywise probably has twice as much screen-time as in the original, plus there are more jump scares and general weirdness. Pennywise has a jack-in-the-box quality, he could literally spring from anywhere and frequently does. A stand-out moment for me is when he’s revealed in the forgotten fridge, unfolding himself like a contortionist. YARGH!

There’s also more peril for the children generally. There’s also much more disturbing imagery: Beverley’s father is genuinely frightening (some might say more frightening than Pennywise). Plus the little boy who played Dead Georgie was absolutely brilliant and chilling. His yelling ‘YOU’LL FLOAT TOO!’ made two teenagers behind me in the cinema literally scream and run out (furrealz!).

So, I’m not surprised people were shit scared of IT. I know I was, at least while watching it. The storyworld is one of the ‘unstable space’ – anything can happen. Pennywise can follow them anywhere he wants, even into the hearts of their homes. The subtext here is that the children are never safe. Dread and darkness are employed to show this is a dangerous storyworld, plus there’s no point in telling the adults, who are far too wrapped up in their own worlds (at best).

As I suspected for a movie in which the characters are crammed into a ‘chapter’, some of the ensemble are totally underwritten – Mike and Stanley were really surplus to requirements altogether for most of the scenes they were in (bar their individual scare sequences). Richie makes a valiant effort, as does Henry Bowers, though this narrative thread is missing all the internalised homophobia of the book between him and Patrick, which was a shame.

But most pressingly, holy crap what did they do to Beverley??? She was my favourite character as a teenager (the less said about *that* 11 year old gang bang the better – WTF Stephen King!), she was totally badass. At first, the movies seems to capture her essence well. She was easily the most interesting character in IT and the actress playing her, Sophia Lillis, was an absolute revelation. She has a BIG future ahead of her.

But despite starting her character arc amazingly well (her scenes with her father were just fantastic, as were THOSE scenes in the bathroom), the movie then seemed to go: ‘Hang on a minute – DAMSEL IN DISTRESS!’ She was even saved with a kiss like bloody Snow White by Ben. Even worse, she became a reward to Bill at the end. C’mon filmmakers – it’s 2017!

But scarily, I kind of expect this shit. So irritatingly, I discovered something that bothered me even more. Even in the midst of watching IT’s scenes are frequently that little bit *too* long for my tastes. This had a knock-on effect to my enjoyment of the film, because it created a number of narrative logic issues for me. I’ll explain.

Obviously, it is no secret we open with that infamous scene in which poor Georgie chases a paper boat down a drain in which Pennywise is lurking, ready to bite his arm off. This scene is efficient, bloody and damn creepy … It’s somehow EVEN WORSE (in a ‘good’, Horror way) for being spoilered by both a bestselling, seminal book AND an iconic movie of nearly three decades. So I was both delighted and appalled – tick that satisfaction box, baby!

Yet, as Pennywise’s attacks grow in number, I found myself increasingly dissatisfied. Though his torture needs to grow and present more obstacles as the narrative progresses, the too-long scenes presented questions, such as:

At first, it’s apparent that Pennywise’s powers need to grow. We see him interrupted in both the library going after Ben, plus in the alleyway going after Mike. Okay, I can go with that.

There’s also a half-hearted ‘explanation’ that the reason Pennywise doesn’t kill them all in the garage is because they’re grouped together too. Again, I can go with that.

Lastly, Pennywise also can’t kill Beverly because she’s not scared of him (though he does subject her to the deadlights). Again, fine.

Take Eddie, an an example (and he’s not the only character where this applies, by the way). He should have died at least TWICE if we subject his character to the same logic as Georgie – first outside the spooky house when the leper chases him (though Pennywise mysteriously lets him escape through a hedge); then again at the house when he falls on the table.

It’s not like Eddie needed scaring either (Pennywise’s fabled ‘salting the meat’ idea), because that little guy is ALWAYS scared! Grrrrr.

But a shitty end for a great female character and too-long scenes dipping the jeopardy and introducing narrative logic questions aside, IT is still a great movie that I had a lot of fun watching.

Also, as someone who reads screenplays for a living, I think there’s a number of takeaways spec screenwriters can take from the movie, especially when it comes to that subtext I mention earlier in the article.

Subtext is always something writers want to get a handle on – what we DON’T actually SAY can sometimes be our most powerful writing.

It is presented to us, over and over again that this story world is dangerous, via two things: imagery and behaviour. Consider how everything looks in the actual frame, such as the looming portrait that Stanley is afraid of, so he walks past it hiding his eyes with his hand. This is a masterly portrayal of child logic, ‘I can’t see you, you can’t get me’.

What’s more, it feeds so well into HOW the kids can defeat Pennywise, too – if they’re not afraid of him. After all, the adults cannot save them; only the kids can save themselves … and the fact NO ONE EVER SAYS THIS makes the movie all the more potent.

Good luck with your own subtext!

1 thought on “How IT Demonstrates The Enlightening Power Of Subtext”