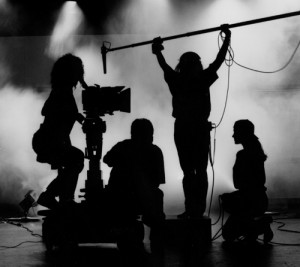 “Being a screenwriter is 10% craft; 90% trying to stop someone fucking up your script.”

I remember a professional writer coming in to talk to us at university. I forget his name or what he wrote – see number 2 on this list – but I remember having seen his movie, thinking it was shit and therefore he must be a shit writer.

How wrong I was.

Fact is, until a writer is produced, there’s no way of truly understanding how screwed up filmmaking really is. That’s why lots of new writers point fingers at various productions they dislike, believing they somehow could have made them better. In theory, perhaps they could – but then it’s unlikely that production didn’t work through those issues anyway. Hence the notion of “Development Hell”.

So, if you want to be produced, there’s a few things you need to realise first … And yes, I’ve been through every single element on this list, countless times:

6. One minute a page? Well, that depends who’s making it/in it.  100 pages is a 100 minutes – right? WRONG. The “page a minute” thing you adhere to so strictly as a spec screenwriter is just a GUIDELINE. How long your produced work ends up will depend not only on what it is, but who is directing it, who is in it and even who is editing it. In other words, the process of collaboration will make its mark. Fancy. When thinking about this, I’m always reminded of a day I spent on a soap opera years ago … One of the writers said of one of the pivotal characters: “Always add on at least an extra 3 pages if he features in the scene, ‘cos that fucker motors through his lines”!

5. Your great dialogue will get changed. I frequently say dialogue is the least of a script’s problems and that there’s too much of it anyway, but here’s ANOTHER reason dialogue is overvalued in the spec screenplay: it gets changed during production. That’s right, those fantastic lines you slave over can and WILL get chucked out by the director and/or actors. It may be for the better; it may be for the worse – it might even be by accident. But get used to it.

4. What works brilliantly on the page will not necessarily work in production. Sometimes scenes work better on paper than they do in reality; that’s just the way it is. Other times, there isn’t the budget for it – or it goes beyond a certain actor or crew member’s remit. Whatever. Things will change from script to screen. You can embrace that and be excited about what happens in rendering your words as images, or you can stay committed to your vision no matter what. Guess who gets hired again.

3. Your script is just part of the process, not the process itself. There’s a lot of indignant talk on the web from screenwriters about filmmakers: Producers are out to exploit screenwriters! How DARE directors grab the “film by …” credit? Don’t they both know there wouldn’t BE a film without us??? Etc and so on. Yet we rarely see the other side of the argument: that without the filmmakers, those scripts would end up languishing on your desktop forever. It’s time for screenwriters to get real: OF COURSE exploitation is wrong – durr! Banging on about it online won’t change that. What stops writers getting exploited is writers FINDING OUT what goes into the filmmaking process, so if they get the chance to make something with someone, they know what’s good/what’s not good. The more writers who know how filmmaking works, the less likely it is anyone gets caught out. Talk is cheap. Filmmaking is all about action. So find out and go make something. Anything. And if you’re really worried about someone doing you over? Be a writer/director. Or better still, a novelist.

2. Everyone will forget about you … Unless the end product is shit. The writer of GRABBERS, Kevin Lehane, came up with the brilliant quote, “I love film critics that blame writers. They’re like food critics that blame the ingredients.”  This is so true. Whilst many people realise a good script is at the heart of every good film, very few realise that a good script is at the heart of a BAD film as well. I’ve seen it happen countless times – and the analogy of the chef fucking it up is top notch (not just directors by the way, but too frequently the “money men” insisting things get changed for all kinds of weird reasons, not all of them creative). Yet it won’t be those money men who get blamed, but the writer – because people believe they’re seeing the script as is (they’re not).  Also, it’s said the more the audience realise what has gone into a film or TV programme, the worse it is. So your best efforts will go into ensuring they don’t. Bizarre, isn’t it? And if they like it, only fellow screenwriters will say: “What amazing writing!” The average audience member, if that way inclined, will credit the director with all the skillz instead (‘Cos what is the script, if not “just dialogue” … that gets changed anyway — oh the irony). So love screenwriting, not the validation – ‘cos it ain’t coming. And if you don’t love screenwriting, for the love of God do something else before the bitterness shrivels you up like a five week old satsuma left in the bottom of your Christmas stocking.

1. Every word you write contributes to an IMAGE that is not for *you*, but the audience. When we start writing scripts, we don’t get this. We have characters “thinking” stuff or we describe every single little thing in a room in the belief this paints a picture for the reader. Then we get more experienced and realise “less is more” – but really, nothing has changed, because we just do the same, albeit in a different way … Instead we tell others that stories *have* to be high budget or that a scene is *pivotal* to the character’s arc because we’re so keen to keep the script to ourselves. We’re frightened of seeing it realised on screen because of the disappointment we are sure that will follow. Why? Because that script or scene or moment is no longer *ours*: it has been created as an image that is potentially accessible to an AUDIENCE. So of course it can’t match up to your imagination. No one can realise exactly what you see in your head … And what’s more, all those GREAT movies and scenes and moments that you’ve seen, which mean so much to you? They are most likely not even CLOSE to what that writer, director or actor first conceived in *their* heads. Yet you still loved them. And because they let go of their own steadfast vision and collaborated with others to get it made, they can love that you love it. Everyone’s a winner.