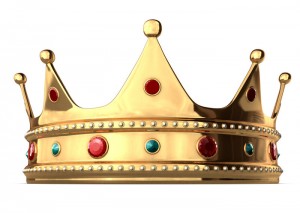 So I was talking with a writer-director friend recently who had this to say:

“Modern technology can allow filmmakers to make films with next-to-nothing (And I am talking CGI effects, monsters, etc.) And that offers GREAT hope for writers everywhere: in ultra-low budget films, the writer is KING. Why? Because ultra-low-budget films depend on one thing and only one thing: the concept / script. In fact, I’d say: 80% of it depends on script. 10% on actors. 10% on director.”

I completely agree. With the RIGHT feature script, a writer will find him/herself hot property with people actively fighting not only over the rights to the script, but the distribution deal once the film is actually made. This is a rare treat, in an industry where writers are often treated as “throwaway”, getting fired off their own projects, rewrites and series, left, right and centre.

Yet I don’t see many writers going for this route. Instead they’ll hole up in their writing caves and create scripts that haven’t a hope in hell of ever getting close to made. The primary scripts *everyone* seems to be writing at the moment are television pilots for returning series, with science fiction epic features coming a close second. It’s been that way for at least four years now, at least in the spec piles I’m coming across.

Of course, samples are useful; they can show what you can do when logistics are thrown away. You won’t find me arguing against that. Everyone should have at least *one* script that throws caution to the wind. It’s a spec market after all. And of COURSE there are those screenwriters out there who are lucky enough to write *that* great script that catapults them to fame. Good for them.

You want to be a working scriptwriter, right? Well just writing sample scripts doesn’t cut it on its own. We all know this, yet a huge percentage of us sit on our (unmade) portfolios and don’t GET OUT THERE AND DO IT.

Imagine any other job … Like a carpenter. Someone comes in to your studio and says,

“Hey, wannabe carpenter, I want a chair made and it has to be made *this particular* way in order to interest the money wo/men I’ve made contact with who will give us the dosh to make the rest of the chairs AND a table if we can present them with the right chair initially. Are you in?”

“No, sorry – I can’t make a chair that *particular* way … but here’s a bunch of chairs I made earlier that aren’t remotely like what your money wo/men want, why don’t you pick one and we can see if they’ll change their mind and give us the money anyway to make something they don’t want?”

Yet I see screenwriters doing this all the time. Instead of going after producers and directors and trying to make contact with them and creating projects WITH them to interest the money men and women out there, said screenwriters instead try and tout their sample screenplays. And instead of learning a lesson about collaboration, they go back to the drawing board with YET ANOTHER sample screenplay, sending it to readers like me and saying, “This HAS to be the “one”, or I am giving up altogether!”

Recognise anybody you know?

I do, because I did it myself. It was only when I LET GO of wanting to see my script made *no matter what* that I began to see projects I was involved in make it to screen. I found myself as part of a team as a script editor, rather than writer – something I had not foreseen ahead of time, yet found was perfect role for me. It also freed up a lot of my time, which meant I could not only write the novel I had always wanted to, but I had much more time to spend with my family because I wasn’t fretting all the time, “When will I *make* it??” and rewriting over and over to no avail. Instead I was DOING it.

And it feels great. I want everybody to feel as great as me about their writing. So here’s my advice, for any scriptwriters out there who feel as if they are banging their heads against a brick wall like I was and getting nowhere:

Find directors and producers. It’s never been easier online with the likes of Twitter, Facebook and sites like Talent Circle and Shooting People. Use those samples you’ve written to get their attention. Other people worth taking into your circle include casting agents, script editors and actors.

Create a strategy together. Ask them what they want to do, who their contacts are, where they see themselves in five years. Work out if you can all get there together. Ideally choose someone “like” you, rather than “beyond” your reach – whilst it’s always possible to find established producers and directors who are interested in writers with no or few credits, it’s more likely you will make a stronger team that lasts longer if you’re all at a similar level. Better still, most writers are busy chasing after producers and directors *everyone* wants to work with, so you should have a free run on the “up and coming” ones.

Enact that strategy.  If none of you have done ANYTHING before, take baby steps first. A couple of shorts would be an obvious choice, as would competitions like Virgin Media Shorts. If you’ve each done a few things, work out what you skills gaps you have and how to plug them. Then get on to *that* all important goal: an ultra low budget feature with a strong hook and central concept. These are the scripts that get made and distributed. But don’t rush it.

Teamwork is key to this industry – but screenwriters stand on the sidelines far too often, wondering why their sample scripts aren’t picked up. This prevents them from becoming WORKING screenwriters – because why would a producer or director want to “just” pick up a script and make it, when you could all CREATE from scratch TOGETHER? And everyone knows two – or three or four or more – heads are better than one.

So what are you going to do about it?

ON THIS BLOG BEFORE ABOUT TEAMS, BUDGETS AND CONTACTS:

Unique Selling Point: You, The Writer

How Do I Make New Contacts?

previousAnd It’s Goodbye From Him …
nextMarketable Screenplays: what is the “hook”?