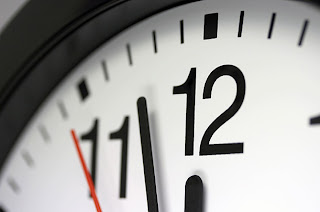 CitizenNate over at Twitter asked about Routine Vs Inspiration when I put a shout-out re: blog posts, so here are my thoughts.

I’ve written before that time management is key when you’re a writer, be that professional or on spec. However, whilst paying or collaborative jobs will often dictate various things such as deadlines, schedules, when to get feedback, etc, solo spec jobs are a WHOLE different ball game. Just where does one start?

Let’s fast-forward the brainstorming, outline and treatment process. I don’t think I’ve ever knowingly met a writer who does it the same as another. Myself, I tend to do it differently every time of my OWN stuff. Sometimes I don’t do it at all and return to it in later drafts in order to iron out various story kinks (NOT recommended, arf).

But lots of writers I know go by minutes spent or pages written in terms of getting their specs’ actual writing done. This can be a good strategy. When I was a “younger” writer, I worked on the same basis. I would work out how many pages of my spec needed to be done, versus how much time I had. Typically, that would be between 2 and 5 pages, given I didn’t have that much time. But they all add up and usually, within 14 to 28 days I would have a “words on paper” draft, dependent on whether I was writing a 30, 60 or 90 minute script.

Of course, my first drafts are always shockingly bad. I read some of them now and LAUGH. And cringe at the thought of those who *have* read them. But hey, if those people are going to judge my first efforts so harshly – “oh I read a first draft of hers and it was shit – ergo she *must* be a shit writer” – then they don’t deserve to be in my circle anyway. And luckily, I’ve not come across many from internetland who ARE so harsh… We’re all grown ups here, we know how it works. EVERYONE’S first drafts are baaaad, even the lucky people who write good ones. End of. That’s why you write MULTIPLE DRAFTS.

However, as my time has been compromised even further – by marriage, by more children, by more script editing or things like London Screenwriters Festival – I have discovered a whole new way of working on my specs:

Yes, it’s as simple as that. Whilst once upon a time I doggedly worked EVERY DAY on my specs, even for as little as 5-10 minutes if necessary (even including weekends), I don’t tend to do this anymore. Instead, I take the good days where the inspiration flows and ignore the bad days when it doesn’t. Some weeks I wrote as much as 9000 words on my recent spec novel. Other times I wrote as little as 800 words. Still got just over 60,000 words of a first draft finished in just four months, in-between working, family stuff, life stuff and everything else I was *supposed* to do.

I think as new writers, the routine is important. Before we get words on a page, we have to first work out a way of getting them on that page. We might set ourselves targets like “five pages a day” or “500 words a day” because we need to aim for something. We’ve not done this before or that many times, so we need to make the challenge “real”.

However, as we get more experienced, we know we CAN create a story out of nothing and get it on paper. We look back at our old drafts – some of them very developed – and see our growth previously, but realise we can do better now. So we do… and we don’t *always* have to impose a rigid routine to do so. For some of course, there will be comfort in the routine still; but for many of us, we will let go more and write when we can… and still end up with the draft we wanted.

So, do you need a routine? Yes and no. Depends who you are and/or on your experience I think.

Do you need inspiration? Unquestionably, yes.

But more importantly – you need CONFIDENCE… A belief you can DO THIS.

2 thoughts on “Routine Vs Inspiration”

previousHelp – My Partner Won’t Let Me Write! What Do I Do??
nextWhen Do I Give Up My Day Job?