Learning Writing: Go To University – Or Not? 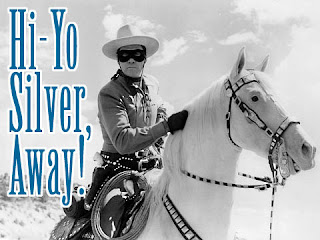 School Taught or Book Taught – I’m just wondering what other Bang2writers’ experiences are around whether it is best to go to a “film school” or have some formal education in Screenwriting or learn by reading books, writing and networking alone?

First up, it should be noted I went to Bournemouth University and did its BA (Hons) Scriptwriting for Film & TV course: it taught me a lot and got me “connected” to various people I don’t believe I would on my own, so I have a certain bias towards formal learning on this subject. That said, I know stacks and stacks of working writers who have NO formal training whatsoever who are extraordinarily talented AND doing well for themselves, so I know it can be done and think the “Lone Ranger” approach is just as valid. In short, I really DO think either can work – as long as one is realistic, has a strategy, is open to new ideas and knows it’s not *all* about the writing.

Anyway, here’s a round up of Bang2writers’ thoughts on the matter:

It focuses your intent. Going to university is only 1-3 years; writing is a much longer journey than that.

University is a lot of money, but as writers we’re all poor anyway.

Going to university is not a “golden ticket” and that is a valuable learning experience in itself.

You meet lots of like-minded people and that is good for your writing.

Lots of courses give you access to people you’d never be in the same room as otherwise.

At university you learn the importance of collaborative work.

Committing to a course puts writing first and foremost in your life.

Courses give you deadlines.

There are so many great resources online nowadays, we don’t need university to teach us.

If you’re disciplined, you can do just as well on your own.

Most screenwriters working today are self taught.

Short courses, seminars & screenwriting festivals can be just as valuable as university.

If you’re determined enough, you can make your own contacts.

Writing relies on being an independent learner anyway – you will be mostly self taught regardless.

Talent is a given – I don’t think it can be taught and I’ve certainly never seen it on any curriculum anywhere. From both of these approaches though, I see the following three things coming to the surface as being necessary in “making it” as a writer:

Rather than argue which approach creates the MOST opportunities for these three elements, I would advise any Bang2writer considering going to uni (or not):

What do YOU need, first and foremost? How best do YOU learn – and how will YOUR life fit around what you need to do, to get where you need to go?

What I will say in favour of university however – since I have already admitted to having a bias:

You have to speculate to accumulate. It is was with this in mind I packed up four black binliners, two boxes and my two year old son just over ten years ago to go to Bournemouth University as a single Mum. People often tell me they “can’t afford” to go to university, but I had NOTHING. Literally zero. My Mum and Dad gave me nothing (except their love and support, of course) because they had nothing too. So I had to think outside the box. On this basis then, I approached various charities to help me – and two did, one paying the deposit on my first flat and another helping me with some money to buy some furniture. It wasn’t enough in reality and financially I got screwed over in a number of scenarios by the then-government who changed the goalposts several times throughout the course itself, which was very stressful. But I survived and I made sure my son did not miss out on anything really important. In other words, I think ANYTHING is possible if you’re determined enough – and money should never stand in the way of that. Now, uni course fees are going up now – to ridiculous, heinous amounts if I’m honest – BUT the threshold of earning capacity has gone up too, so it *could* be argued it’s as broad as it’s long for Media people like us who largely end up low earners regardless. Also, the loans are now applicable to part time courses (they weren’t before), so this could mean an alternative route for some people. In other words, I think if you WANT to go, you SHOULD. Debt is horrible, but it is part of life… And the other parts of life involve being happy. If you turn your back on your dream solely because of MONEY, can you be really happy? I’m unconvinced: I know if I had never gone to uni, I would not be where I am today. It is as simple as that. Read my breakdown of university fees etc here.

Work Experience is key. Lots of courses have work experience modules built into them – in mine, I had to do a minimum of six weeks just to pass. In reality, I actually did LOADS more than this, but let’s concentrate on those six weeks – that’s a LOT of time to fill, which could present huge opportunities for you. Of course, if you’re interested in filmmaking itself, then there are plenty of film sets to crash and be a runner on if you can find them. But if you’re SOLELY interested in the writing – as I mostly am – then where do you find work experience? Well literary agents and prodco internships are obvious places to start, but WAIT! All interns are supposed to be paid these days, which screws up a lot of opportunities for work experience, which I for one think is a terrible shame. In the past, those interns could get valuable experience in return for their work for a short time, which I think (within reason, naturally) is a FAIR TRADE. It’s what I did and I WOULD do it again, I learnt so much from it all. But here’s the BONUS: students don’t NEED to be paid for interning – so students get a FREE PASS at all the lovely work experience on offer that producers, agents, etc can’t necessarily pay for. Definitely worth a thought there.

Realism Central. In the past, I have to say: a lot of scriptwriting students, including myself, were a bit nuts. We wrote all our scripts, thought they were brilliant and expected to come out of uni and get options and deals and all sorts. And of course we didn’t, which was very disappointing. Luckily for me I literally FELL INTO the world of corporate writing (via my work experience at uni, actually!), doing stuff like music videos, games and toys, which was great cos I got paid for my writing and felt validated regardless, but I would imagine there was a time – pre-blogs, Facebook & Twitter in particular – where a lot of writers weren’t really sure what to do with the degree they just did (in fact, some told me they didn’t!). Nowadays however, university is a DIFFERENT STORY: the students I know are 100% switched on to the marketplace and what it means to be part of it. They’re very open to feedback, run their own groups in reality and online and are LOOKING FOR EVERY OPPORTUNITY TO GET INVOLVED – on anything! I see the same faces popping up at all sorts of events, on Twitter, Facebook, blogs – they’re EVERYWHERE, they’re getting out there and doing it… I’ve been so impressed I’ve even enlisted a few myself for my own projects and recommended them as volunteers to events like London Screenwriters Festival. Now, there’s NO REASON non-students can’t do this too, but it is usually more difficult/expensive since various events etc will often offer a student discount; students are also more likely to put each other up on sofas etc whether they know the person in question or not, whereas it’s more difficult if you’re a Lone Ranger type, since you have to “infiltrate the group” first – made all the more difficult because frequently you don’t know these people in “real life”, but more often online first.

So, those are my extended thoughts on the Bang2writers’ – I personally favour the uni approach, but feel the Lone Ranger approach is a valid one, for definite.

Check out The Required Reading List under the “Inspiration” and “Resources” sections for more, including a FREE online Screenwriting Course from University College Falmouth.

4 thoughts on “Learning Writing: Go To University – Or Not?”