Guest Post: An Insight Into The Realities of Self Publishing by Simon Lipson 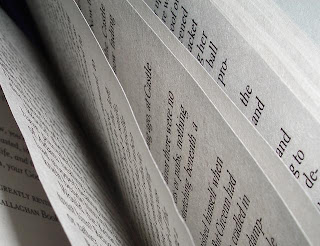 I know a lot of you Bang2writers out there are very interesting in indie publishing, so many thanks to Simon Lipson, who shares his experiences with us today… Enjoy!
—————————————–
It all started with Losing It, an 80,000 word novel that took me 5 years to write, not because I sweated over the manuscript day in day out, more because I could never quite muster the enthusiasm to finish it, believing that getting it from my laptop to a prime table in Waterstones was a distant dream. I mean, a stand-up comedian trying to peddle a psychological thriller. Why bother? Then fellow comedian Mark Billingham did exactly that and I thought ‘why not?’ Mark suggested I approach a handful of the larger agents before casting my net wider. I picked five. Two rejected it, two didn’t reply and one – whose biggest client is simply the biggest – loved it. It was going to be a massive bestseller, global, a movie, the works. So they said. They also loved the fact that, as a professional performer, I’d be well capable of going out and marketing my work. What could possibly go wrong?

Long story short, after several redrafts, their vision no longer chimed with mine and I withdrew from the process. Idiot. On reflection, if they’d insisted I make the protagonist a one-legged raccoon with shingles, I should have agreed. I tried a couple of other agents, but it was all very half-hearted and I gave up. Bigger idiot.

A couple of years later, on a whim, I decided to self-publish after re-reading my now dusty manuscript and deciding it wasn’t half bad. Everyone who’d read it loved it, hadn’t they? Surely that was enough. I didn’t need some agent, editor or publisher telling me what to do. And it was going to be quick, a short cut. No hanging around for rejection slips, no painful re-drafts, no distant launch dates. Two months, tops, and I was going to be a published author.

I researched the self-publishers, rejecting the obvious charlatans and opting for Matador. They accepted the manuscript within a day of receiving it (well why not? – they saw me coming) and within a few weeks – and after paying an initial hefty tranche – they sent me the typescript for final tinkering. It looked great, even on cheap A4, and the seduction was complete. I settled on an obscure American outfit to design the jacket, oblivious to the problems this would create with my British publisher (margins, sizing etc). I also engaged the services of a book marketing specialist. I shall mention no names, here. Suffice it say that, for the princely sum of a grand, he did nothing. I say nothing. He got me interviews on a couple of radio stations so provincial they barely had their own post codes.

In fairness to Matador, they were courteous and professional throughout. If their marketing package comprised only a basic press release that had the words ‘chuck straight in the bin’ written all over it, I wasn’t complaining. The books looked great and were soon made available for sale on all the main web sites. I received three reviews, all of which were dazzling, but all from fairly marginal publications. The nationals are simply not interested in self-published fiction. I contacted the local press myself, but the only way to generate interest and shift a few units is to get out there and do the legwork.

So, that – to a limited extent – is what I did. The local libraries were only too keen to have me come and talk about my book, especially as they reasoned I might be fairly amusing into the bargain. I did a couple of these and sold books to most of the attendees. I’d say 15 in all. They also bought copies to put on their shelves. My local independent bookshops were all prepared to display a few copies and I even managed to persuade nearby branches of major chains to stock a handful. The ‘local author’ angle is a potent tool for generating interest. Had I not had a life and a mortgage to pay, I might have spread my net wider, feigned a ‘local’ connection in every town and city across the country (no-one ever questioned my ‘local’ credentials), contacted libraries and bookshops nationwide and nagged local radio stations and newspapers until they gave in. Sadly, for every G P Taylor (Shadowmancer) there are a thousand self-published authors who sell only a handful of books, but you won’t know until you try. Word of mouth can be very effective in the absence of a vast marketing budget.

I eventually sold around 400 copies. I know it’s a decent book (the good reviews and feedback attest to this) but lighting the necessary wildfire can be a question of luck and serendipity and, as I have observed in comedy, being good doesn’t always equate to success – and vice versa (Russell Brand, anyone?).

If losing money is a key consideration, the bigger issue is the stigma. What does self-publishing say about you? That agents and publishers have passed on your book? That no-one thinks it commercially viable? That you didn’t have the gumption to hang in there and make sure it was good enough? So what if thousands of lousy books are published every year by major houses? So what if yours is better? Self publish and be prepared to make excuses for your book before anyone has even read it.

If you opt to self-publish, you will need to expend considerably more effort marketing the book than you did writing it. You should also be able to absorb potentially heavy losses. You’ll get yourself a nice shiny book (nay, hundreds of them) to point out to unimpressed visitors to your home, but whether you will succeed beyond that depends upon your commitment and objectives. It’s unlikely to make you a bestselling author, but if your intention is to get your work out there, to see it in book form, to impress friends and family and maybe get a flavour of the life of a professional author, go for it. You never know what might happen. G P Taylor spent £3500 self-publishing his book for the benefit only of his parishoners, and look at him now!

For me, however, the better advice is to keep improving your manuscript, keep nagging agents, use professional editors if you have to and try and make it the conventional way first.

Now… go and buy my books!

A Song For Europe
——————————-
Thanks Simon! Have you placed in a contest, gone to a course or have something to say about writing, the process, filmmaking, the industry — or anything else?? Then please do contact me on Bang2writeAThotmailDOTcoDOTuk, tweet me or leave a message at Bang2writers.

3 Responses to Guest Post: An Insight Into The Realities of Self Publishing by Simon Lipson