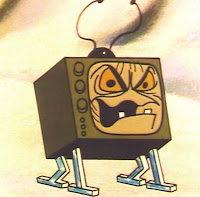 Just a quick one today, for the lovely Soulla:

I am writing a pilot for TV. Any golden rules/tips/do’s or don’ts to keep in mind for first ep of a series?

Here are my thoughts, in no particular order:

DON’T write “for the market”. Supernatural stuff might be hot at the moment, but don’t try and shoe-horn some vampires or the like in for the sake of it. Stay true to your story and yourself.

DO know your audience. Knowing who you are writing for is key in TV. It’s no good writing a sex fest and saying it’s aimed at families at 6pm on a saturday anymore than it’s OK to write fluffy bunnies past 9pm. Seems obvious, but lots of spec TV scripts get very muddled as to the audience they’re aimed at. Equally DO know where it’s going or likely to be going – if you want to see your series on BBC1, then don’t write C4-type stuff. There’s a difference!

DON’T forget your structure. TV drama pilots are NOT just about set up where nothing gets resolved, don’t leave the reader dangling. Remember your “story of the week” and your “serial element” and plot it out carefully.

DO write a series bible. Your series bible is a SECOND CHANCE to sell your script AND series “off the page”. Don’t waste this opportunity by not sending one, just because you’re daunted by the prospect of writing one (yes, they are difficult). Also: don’t waste the opportunity by being overly long or DULL with yours. Make it stand out, there are no “norms” on series bibles! But don’t be weird either.

DON’T be constrained by what has gone before. This is a spec series; you can do whatever you want. Story is king/queen, just develop it well.

DO know there are boundaries – and create your own USP. There are certain expectations, based on producer perceptions and what they see working for an audience… and how audiences have responded to various stuff in the past. For every ground-breaking piece of TV we’ve NEVER seen before, there are loads that are the “same… but different”. You don’t HAVE to be 100% original all the time, in fact sometimes it’s advisable to NOT be: “cops n’ docs” are a staple of returning drama because that’s the audience WANT. So how are you going to work within that boundary? By creating your own show’s “unique selling point” or USP – ie. CSI reinvented HOW we look at cases, by introducing the “version”: the imaginings of various characters COMMITTING the crimes, even if they didn’t. NCIS has the famous freeze frame for “realisations” and other “moments”. LAW AND ORDER has the iconic black screen/captions tracking the cases through the police and courts. What’s yours?